A speech by Margie Hartley

As presented at Tuxedo Junction 2013 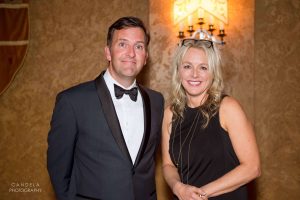 So many people in this room have been directly or in directly impacted by cancer and tonight I have been asked to simply just tell my story. You all have stories and I do want to acknowledge that there have been many people not as lucky as me to survive and move on with their lives. It is for those people that we are all here tonight and it is for the people like me who survived against all odds that we are here tonight.

In 1994, I ran the Comedy Festival here in Melbourne. It was the best job in the world and I loved it. Colin Lane, by the way, was the stand out performer that year. In August, that same year my new husband came home one evening and excitedly told me he had landed a promotion with his company… in Papua New Guinea. I chose to follow my heart and three months later, I was literally locked in paradise in a ten story apartment block in Port Moresby. Bored and a bit frightened and forbidden to work, I called my ‘brand new husband’ and pleaded for him to “please come home now” Worried and concerned, he rushed home only to find me pinning him against the wall and demanding we “get pregnant now”.

It turns out that we were overachievers in this area of our lives and I had my first child Rose 9 months later… and then falling pregnant with twins 6 weeks after she was born… I lost one of the twins in utero at 17 weeks… and then delivered a healthy Ruby in Port Moresby Private Hospital.

And then three months later, I had a miscarriage, and then fell pregnant with Gracie who was born 17 months after Ruby. I was blessed with three gorgeous baby girls all under two and a half. I had also had 5 known pregnancies in this time. And for the record, I was breastfeeding the whole time and using contraception! People kept saying something was in the water.

Busy and happy we moved back to Melbourne as a family of five having left as two – only to be dispatched to Sydney just 12 months later. It was January 1999, and I was still unpacking boxes and breastfeeding Grace when excruciating pain forced me to the emergency room of Royal North Shore Hospital, where I collapsed and died upon arrival… And was obviously revived.

The diagnosis was internal bleeding from an unknown source. After five days of intensive care and several emergency operations and blood transfusions and non-diagnosis, the offending tumor was found in my spleen which quickly became no more. I was 36 and the diagnosis I received on Australia Day 1999 was that I had stage four Choriocarcinoma – a blood born aggressive cancer formed from placental tissue from pregnancy – that had probably been in my system for about 6 weeks.

Researchers didn’t know much, but they did know if I’d had the cancer ten years earlier I’d be untreatable… And they did know that it only occurred after a pregnancy with a XX chromosome… I was good at making girls.

This time the hope was a dose of chemotherapy the doctor described as the highest dose you can have. The nurses opened the clinic for me at 7am and closed it at 7pm so I could go home to my babies. The chemotherapy made me sick and bald and really tired. My family and my friends were undeniably a life force of immeasurable, valuable and enormous proportions. I was tired for months after the chemotherapy finished, but we were all so grateful.

However, after a few months being “clear” my cancer returned. This time, the prognosis was worse.  Few people survive the first, but a return bout of this aggressive cancer looked dire. The doctors were unsure what to do. I was an unusual and researched case. They consulted around the world. My oncologist was an open minded and caring man who had also experienced cancer. He encouraged me to visit a Sydney Chinese doctor with a formidable reputation. My oncologist kept the experimenters away who wanted to cut me open and explore. He was the most extraordinary support in a sea of ambiguity. I made a decision to choose surgery over chemo and 12 years later, I am still free of cancer.

Cancer impacted me… It impacted my family, my friends and my children. It impacted my self confidence and trust in my body. And I am one of the lucky people. I have lost my brother in law David to cancer and a neighbour. The lottery of survival that seems to come with the diagnosis of cancer is in many ways inexplicable. I was speaking to my three daughters who are now 16, 17 and 18 about tonight and I don’t often speak about it and have never publicly spoken about it before. And Rose said,

I am grateful for what research had been done and for the support offered by incredible organisations like The Cancer Council… and I did work out that not getting pregnant was a prevention for me. I often hear people say that their cancer was the best thing that happened to them. I don’t agree. Cancer is horrible and really, really difficult on everyone and I wish it didn’t exist.

There are many stories and mine is just one… but I hope it helps to remind us all why we are here.  Let’s raise some money and have some fun!

Keeping the Hope of a Cure Alive